and I hope it will not be a nuclear one.

I like a proverb that my grandfather once said; "Democracy is never better than the voters on election/voting day."

But I would like to add another one; "Democracy is never better than the politicians representing us."

So now through more or less democratic elections, it seems that most voters have voted for the worst possible representatives, either directly or indirectly.

Vladimir Putin of course is "democratically" elected by the Russian people.
Conservartives in the US democratically elected to have Donald Trump run for president.
Democrats in the US had to vote between a indecent bitch or a socialist that almost seemed communist.
UK will have Boris Johnson as a new PM after this autum.
France may end up with Marine Le Pen as a president.
China is more and more assertive of it's military powers in the region.

What could go wrong with a maffioso as Russian president, a bully, a bitch or a commie as US president, a populist as a PM in the UK, a messed up fascist light with daddy issues as French president and a China that is more and more expansionist?

And yes, I'd just like to remind you that all of them have nukes.

At the same time, the European countries are in all practical terms invaded by muslim asylum seekers and immigrants and thus more or less paralyzed about what to do. Even to the extent that they promises Turkey special treatmen in order to stop the flow of migrants. And Turkey has of course proved to be on the road towards a islamo-fascist country with a cult being built around president Erdogan. Who have the ambition not only to enrich himself and his family, but also to create a new Ottoman empire. Kemal Atatürk is most certainly rotating in his grave.

Fortress Europe has proven to be a leaking bucket that can't put any power behind its policies. The prize will be payed by future generations.

So what kind of winter are we going to have?

I would guess that Putin and Trump will "agree" on a division of interests when it comes to Europe. Trump will downsize the US NATO commitment and thus alienate the partners that need NATO support most, ie. the relatively new NATO countries in central and south-eastern Europe.

Russia will most likely in the end take most of eastern Ukraine and also start incursions in the Baltic states. There will be unrest in the Balkans between slavic people supported by Russia and muslim people supported by Turkey and maybe somewhat more hidden by Kuwait and possibly other Emirates. Spain will be paralyzed by a parliamentary situation that will lead to a dysfunctional government. France will have the same problem, with the population more or less divided in three when it comes to politics. Angela Merkel is loosing her political power, mainly to populistic parties such as AfD. Nordic countries are not doing well, either due to poor parliamentary situation, bad economies or both. Greece will be affected both by bad economy and their geographical location, thus affected by Balkan conflicts and the migrant flow from Turkey. Romania and Bulgaria are riddled with corrupt politicians and state/civil servants. The same goes to most of the Balkan countries. Hungary and Poland has nationalistic governments that don't seem to understand how much of their prosperity after the fall of Soviet Union has to be credited to the European Union. Austria and Switzerland has of course their own problems with migrants and immigrants. Portugal may still turn back to the old ways of a miltary dictatorship, if the politicians don't deliver.

To be honest, the only country that could do quite well is Italy. They have the worlds fourth largest gold reserve, they can be self sustained when it comes to food and industrial goods. And of course, due to a long history of government corruption, the Italians are quite used to mind their own business without government interference.

I have never been more pessimistic in my entire life. Not even during the height of the Cold War did I feel that politicians were irresponsible, voters idiots or the economies run with such a high debt as today.

Thunder is coming soon to Stockholm, but let's hope that we can avoid the bad winter. 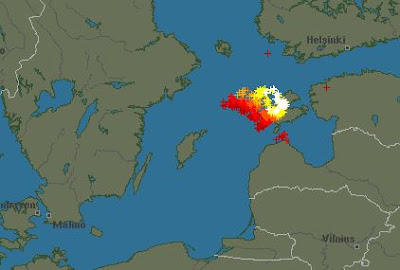 So can we fix this?

Yes, we can! The problem is that it takes sacrifices, integrity, determination and vision. Exactly the traits that are lacking in todays politicians and spoiled voters.

I can just conclude with the following proverbs.

"I serve myself and my party. If you're lucky, you might gain something with my policies. But most of you will loose." 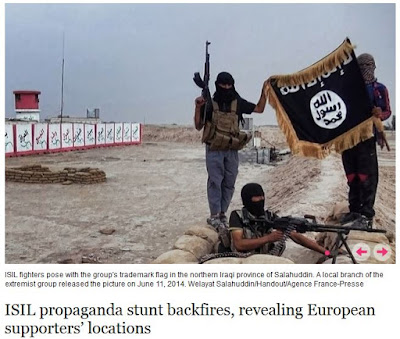 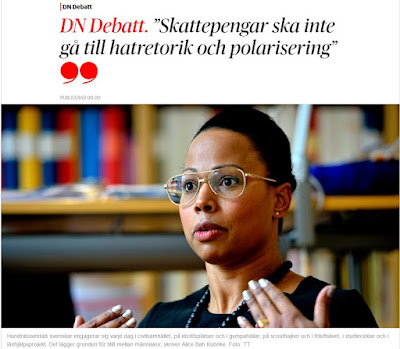 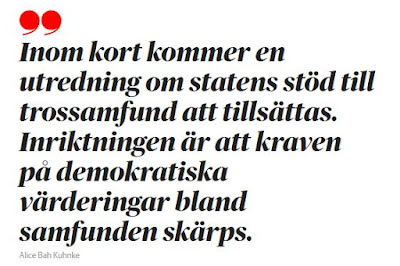