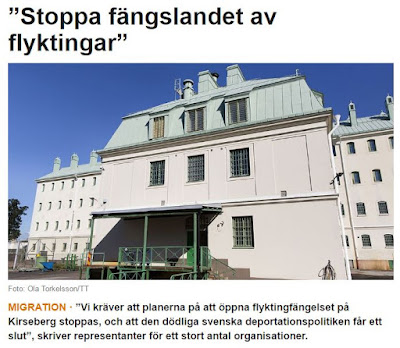 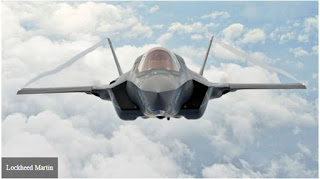 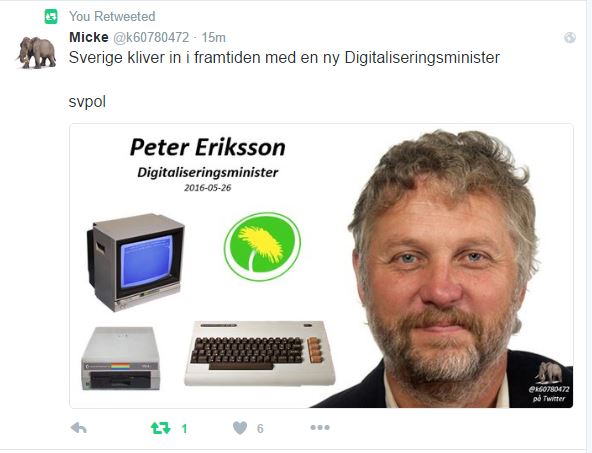 More EU knowledge for the US voters

I really recommend that you read my article about Donald Trump first.

Then I urge you to read the Guardian article about Putin's long game regarding Europe and his ambitions.

After that, you should carefully consider if this matters to the US voters.

My point being, it is better to have a united and a US friendly Europe, than a Europe split by nationalism and Putinism in some parts. Also, if the European countries would feel that the US was either isolationistic or somewhat negative towards the European Union countries, then some might turn towards Russia and break with the Union.

How would that affect US business opportunities with the worlds largest economy? And how about access to the Eurasian continent?

Just saying that a democracy is never better than 50.1% of the people showing up on voting day.

Just as a reminder, watch this trailer from the movie Idiocracy. 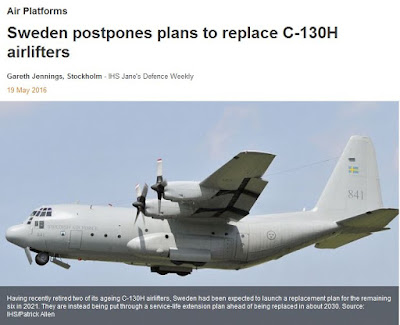 Yes, I understand the republican voters need to have a republican president in the White house. Some of the greatest presidents were republican. Dwight D. Eisenhower is one, but Ronald Reagan is probably the greatest one according to me. His policies led to the final demise of the evil state, ie. Soviet union and its dependant states, thus liberating many people in Europe to enjoy the fruits of liberty and democracy.

So let's have a look at this chart. 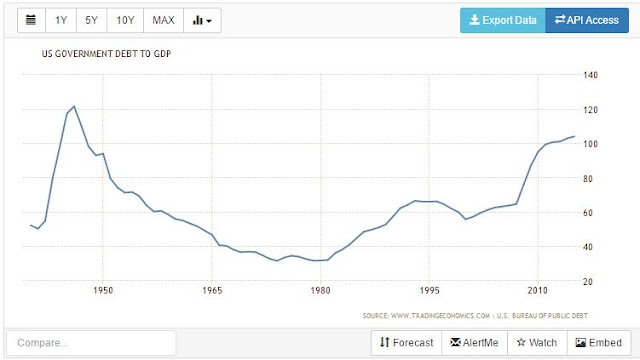 The chart shows US Government debt to GDP. Note the increase starting in 1980. That was the great Reagan who INCREASED the government debt in order to financially outsmart the Soviets with increased defence spending and programmes, such as the Strategic Defence Initiative, a.k.a. Star Wars. Reagans successor, the very good republican president George H.W. Bush had to handle the first Iraqi war, and of course such a campaign costed money and resources. Thus the government debt continued to increase, but for a very good reason.

Now let's look at the democratic president Bill Clinton. He came to office 1993. His policies started to have an effect after 1995, thus DECREASING government debt. Yes, he was morally dubious, as was Kennedy and  many presidents before him. But Clinton served the US public interest by DECREASING the size of the government.

And of course, he was followed by George W. Bush in 2001. The world had bad luck that 9/11 happened during Bush Jr's watch. The real perpetrators were most Saudi and many things ties the Saudis to the terrorist act. Bad luck that the Bush family were so cosy with the Saudis financially and otherwise. So W. had to find another scapegoat. And of course prove that he was a greater supreme commander than his father before him. So in the crosshairs we got the taliban and then of course Saddam Hussein and his non-existent weapons of mass destruction. And of course, military adventures cost a lot of money. Are you wondering why the government debt curve goes up? It is because of the republican presidents SPENDING on big military and big government, including all those organizations that the conservatives in the US likes to tie to conspiracy theories, regardless if it is FEMA, NSA, FBI or whatever nice acronym you happen to dislike. So George W. did make America great, more specifically US government bodies.

Then in 2009 the by many republicans and conservatives much disliked president Obama came into office. Note that about 2011 the government debt starts to level, ie. the rate of government debt starts to DECREASE. Yes, Obama has been more of a talker than a doer. And of course there are some racist biggots that can't stand a black man in the Oval office. Regardless, he's doing what he can with the Congress and Senate being as it is currently. I.e. not to much in practical terms.

So lo and behold, now the republican party is forces to nomiate Donald Reagan, sorry, Donald Trump as the presidential candidate. And joy of all joys, Donald presses all the right POPULISTIC buttons among the republican voters and also some democrat lower middle class voters. Maybe he's the saviour of the US. Or as Donald puts it himself.

Now I'll come to the problems with Donald.

First and foremost, he's a talker, just like Obama. Don't expect much action from him. Yes, he MAY do some serious mistakes, but that will of course be corrected by the Senate and the House becoming democrat. Voters are not stupid, you know, and they will take corrective actions with their votes. So it is not unlikely that Donald may turn into a lame duck.

So let's scrutinize some of Donald's policies.

Most dangerous is of course Donalds foreign policies. You must as a voter understand that everything costs. The traditional US policy has been since Theodore Roosevelt; "Carry a big stick and speak with a soft voice". Which is fine and dandy, as long as you don't wield your big stick too much. Because that costs money and resources. And now to the genious of Donald. He think that just because USA is the biggest spender of all NATO countries, the other alliance members are more or less freeloaders, and that is something Donald wants to correct. Which of course is not how it works, but real facts doesn't make for a good narrative for Donald. In this case, Donalds policies are damaging for the USA and also dangerous for the future wellbeing of US citizens.

So now to some education of the US voters, and if you're republican, please pay attention. The worlds largest economy is NOT the United States of America. It is the European Union. And if you really want to understand the POTENTIAL might of the European Union I strongly advice that you to read the thesis written by Ronald L. Kellar, named "European Union : US Hegemonic Competitor" at US Naval Postgraduate School, Monterey, California. It should be very educative for any US voter to understand what potential force the EU is.

Considering that "Make America Great Again!" slogan is more or less the old republican "Project for the New American Century" in a new guise, it is very poor policy for the future. If you understand PNAC as an idea in a positive sense, then it came about after the demise of the Soviet union as a world power and the ambitions of PNAC would have been to spread capitalism and liberal market democracies around the world. If you would be cynical, then PNAC would have created the tools for large multinational companies to form the world according to their business needs. You make your pick among the two options. I would guess that the truth is somewhere in the middle.

So what maktes Trump the Kremlin's candidate? The fact that Trump and Putin are probably quite similar in their moral qualities. They can not discern between what is their personal needs and the fact that as presidents, they should serve their voters and the public, not their own interests. Putin is according to some sourcest probably the richest person in the world, but he hides it with proxies. And Trump will probably use the presidency to boost his businesses or even worse, to boost his ego, with the lives of US servicemen and women, who I admire for their patriotism.

Trumps game will lead to US isolationism in the short run and the probable end of the good relations with the worlds largest economy, the European Union.

Putins game is to distance the US from EU in order to break up the EU. He understands that Russia can benefit from the spoils of an EU that has imploded or even gain economically from that. So for Putin, Trump is a winner.

Now consider this scenario. The European Union leaders understands the end-game of both Trump and Putin and they want another outcome. So let's assume that the EU leaders can hold the union together. They understand that they have to deal with Russia without US support. What would happen?

First and foremost, two current EU countries have nuclear weapons. The UK and France. Now consider that at least half of the EU countries are just a political decision away from constructing and buildig nuclear weapons. So what would the US benefit from a economical competitor with more financial strength, technological advantage, own nuclear capabilites and with a feeling that the Marshall plan is no reason for future gratitude towards the USA any longer, then what?

Remember, the one who controls the Eurasian continent, controls the world. And the last continent with resources to increase economies is Africa. Ever wondered why EU is putting a lot of effort into Africa, along with China?

Putin understands this, by having a divide and conquer policy regaring the EU in the hope to loot the spoils.

Trump doesn't understand this, believing in his own rethorics that USA don't need anybody to bee great again.

With some bad luck, Trump will win the election for all the wrong reasons.

I'm just hoping that the world's largest democracy has a voter base that are able to discern between the lesser evil in two choices. Yes, I don't like Hillary, but she will at least carry on with business as usual.

But the US voters are actually voting between status quo or having two future options.

1. Putin manages to break up the European Union and can benefit from the spoils and resources.
2. European Union decides to become the preeminent economical and MILITARY force in the world.

In both cases, US business will be limited to USA, Canada and South America.

Good luck with that one!


I hereby challenge TheRealDonaldTrump to show that he is a statesman, not an opportunist who understands very little of global politics.

Comment if you will.
Upplagd av Statsmannen kl. 22:28 Inga kommentarer: 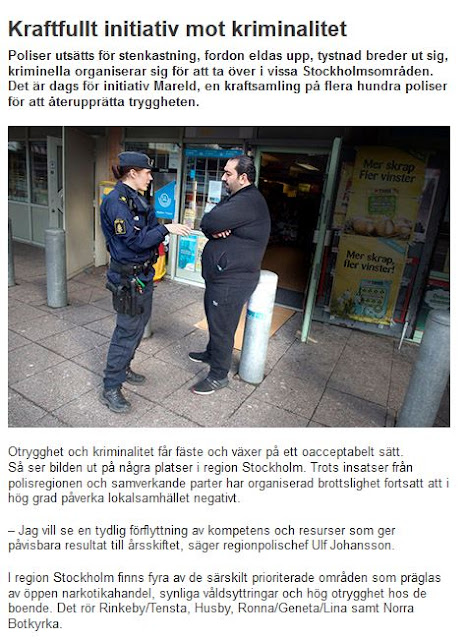 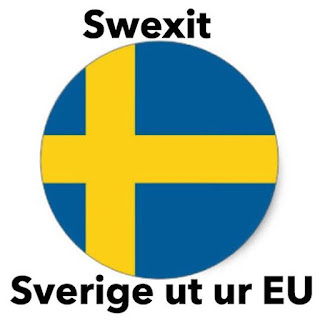 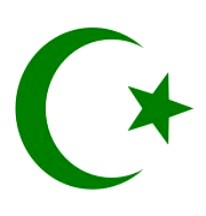 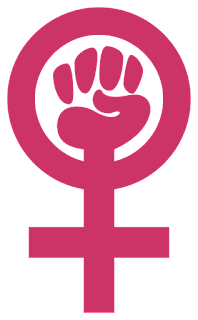 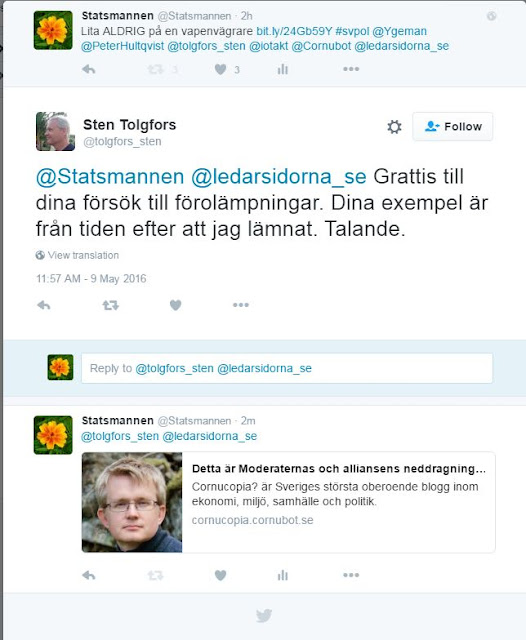